Posted by Jeff Wahl on 12/14/2018 to Thoughts on Water
Perspective
The general public has developed a neutral disinterest to the multitude of water warnings and often dismiss them as “not in my backyard”. Water is called the "universal solvent" because it dissolves more substances than any other liquid. It is important to every living thing on earth and wherever water goes, it takes along chemicals, minerals, and nutrients it has encountered along the way.
Examples
In the past year, Sudbury had instances of blue green algae reported in multiple lakes within the region. This unsightly result of human influence on water sources is becoming common, resulting in direction from the Public Health Unit not to bathe, drink or use the water during an outbreak. Lead has been investigated in 22 Northeastern Ontario schools due to aging pipes and the results tested above the recommended limits set out by the province for safe drinking water. No warnings were issued in the towns the schools are in at the time of the investigation. 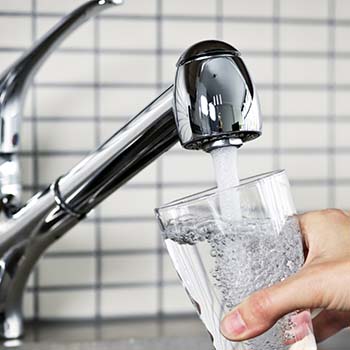 A study conducted by Orb Media in conjunction with the CBC identified microplastics in 93% of all bottled water sold in the global market. The State of Private Drinking Water Wells in Canada study has identified that up to 40% of all rural water sources contain bacteria within the country. Two years after fire destroyed a flea market near Smiths Falls, Ontario., toxic chemicals from firefighter’s foam used to douse the flames have contaminated well water of homes up to a half kilometer away. A study released in April by the CBC states that 371 lakes in eastern North America show that their sodium levels have increased because of runoff from the salt used to melt winter snow and ice. All these examples illustrate clearly water’s ability to be the universal solvent and transport the contaminant from one area to another freely.
Commentary
The smell of chlorine is strong in many municipal systems to the point where many people will choose not to drink the water in their homes, at restaurants or public facilities due to concerns about its safety. At the same time there is a call to drink directly from the tap and stop the excessive waste generated from plastic water bottles making their way into landfills and waterways. Visit any grocery store and consider the volume of plastic used for containers, packaging, bottles and various other forms.
Overseas in Britain calls for action have been made as one third of the fish caught have been reported to contain plastic toxic microbeads found in shower gels, toothpaste and beauty products. Recently a study published in the journal American Geophysical Union found that phthalates, a common class of chemical additives found in many of the goods inside our home such as plastics, cosmetics, and paint are also present in bottlenose dolphins off the coast of Florida. No one can dispute that these products are used daily in our homes, businesses and cottages.
Education
Consider that a standard Ontario Health Unit Test for private rural water sources is for the coliform and e. coli bacteria. There is no mandate to test for lead, phthalates, microbeads, chemicals, sodium, plastics or any other contaminant. The PFAS from the foam used to put out the fire in Smiths Falls would never have shown up in a standard test as they were never tested for. Drinking water should be a personal choice and made with more than just neutral disinterest the next time you fill a glass of water.
Volume 2 – Issue 7 Wahl H2O - Water Awareness
Copyright 2018 Jeff Wahl – Wahl Water | All Rights Reserved
Contact Jeff via email [email protected]
Previous Post
Next Post